Verdict :By far the ‘Sea Food‘ is awesome ,didn’t checked their mutton and chicken. Nice ambiance easy to find and worth a try.

Malvan was started by two young food enthusiastic ‘Kiran Thakur’ and ‘Sachin Patil’ in Nashik 2 and half year back and now with their authentic Malvani taste restaurant is seeking attention of all the malavani food lovers in the city.Located at the very famous college road you can get all the Malvani preparations in Malvan Restaurant at best price and in real malvani taste.

Many spices have dried red chilies and other spices like coriander seeds, peppercorns, cumin, cardamom, ginger, garlic, etc. Some dishes also use kokum, dried kokam (amsul), tamarind, and raw mango (kairi). However not all of the cuisine is hot and spicy. The ‘Konkanastha Brahmin‘ style of food is quite bland yet very tasty and vegetarian too.Fish dishes dominate the Malvani cuisine. The fiery seafood curries may be a bit too spicy for some people, but are quite tasty. The Malvani cuisine is very similar to Goan or coastal South Indian cuisine.

Starting with their menu what we first encounter with is their special ‘Fish Thali’ a bunch of Malvani delicacies ‘Pomfret curry’ ,’Surmai Fry’ and ‘Bombil’ (Malawani Fish Names) along with a special Malavani ‘Sol kadhi’ ,Sol Kadhi is a pink colored appetizer drink made from the kokam fruit and Coconut Milk, often drunk after particularly hot and spicy Konkani / Malvani meal as it is very soothing. ‘Kombadi Wada’ is another famous dish from Malvan and its worth of tasting.Along with these two famous dishes they also have all ‘Chicken’ and ‘Mutton Thali’ .All their preparations are cooked in authentic malavani spices and all the spices comes right from malvan.In this regular menu you will find something unusual a dish called ‘Chicken Kokani’ and ‘Mutton Kokani’ well both the dishes are their invention and you must try it during your first visit.

They have really nice seating arrangements and well behaved staff ,service is also quick and everything served is fresh and worth of the price.So visit Malvan Restaurant if you want to taste malvan cuisines  the way it taste in Malvan. 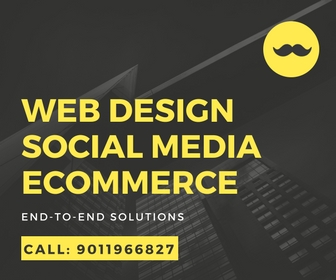 We know you have already made out your plans to have a merry celebration for NY eve. Just in case you haven’t planned it we have a last minute recommendation where you should spend your eve with your loved ones. #newyear #newyear2023 #newyearparty #party
Moonstomp, The Grand Carnival Of The Year, takes this opportunity to welcome the new year in style, Enjoy the New Year Party amidst some amazing backdrop views, amazing food, and a brilliant selection of drinks.
There is much to Nashik, beyond misal and wine, explore this guide and learn how can make your winters in Nashik memorable. #travel #winter #nashik #explore #flamingos #paithani #trekking #tourism #mtdc
Missing Asian food in #Nashik? @thegatewayhotelambadnashik has got your back. The executive chef curated Asian food festival is coming to server your tastebuds from 4-10 November. #asianfood #chinese #thaifood #japnesefood
When Diwali is around the corner Nashik’s market are getting lit up. What’s your favourite place to shop this Diwali? #diwali #diwalihampers #diwalidecorations #diwaligifts #nashikdiwali
Any Indian festival is incomplete without sweets! So here we are with our must have desserts guide for Nashik! Check it out and let us know your favourites in the comments. #desserts #dusshera #nashikfood #foodie #nashik #nasikfood
We know Nashikkars will never outgrew their love for misalpav, but when you are on break, head over to these amazing places to fix up your mornings. #nashik #breakfast #food #foodgasm #foodie #foodblogger #foodphotography #breakfastideas
Tired of eating same old breakfast? We too. So head over to some of these eateries and start your day with amazing breakfast like a king! #breakfast #breakfastideas #breakfastlover #breakfastclub #kheemapav #englishbreakfast #rosomlette #nashikfood #nashikcity #foodgasm #foodie #foodblogger #foodphotography #instafood
No non sense guide to eat pizza 🍕in Nashik! Browse through our favourites, which will be yours too! (hopefully, if you love good pizzas)
We can’t imagine Ganapati festivities without Ukdiche modaks, And we know how hard it is to find a nicely done modaks when you are craving for it. To make your life easier we have curated a list of must have modak places around Nashik city, so go get yourself your modak fix! #modak #ukdichemodak #modakrecipe #modaks #dessert #ganeshchaturthi #ganpati #ganesha
Searching for a perfect Onam Sadhya this week? We’ve got you covered!
Ratnagiri’s famous Sea food restaurant @hotelamantran_nashik is now opened in #Nashik so if you are an avid seafood lover this space will surely a perfect fit for your seafood craving. We tried their chicken wade thali and surmai thali both were totally worth the hype. Do check this place #seafood #seafoodnashik #nashikfood #fishfry #fishcurry #nasik #foodgasm #foodblogger